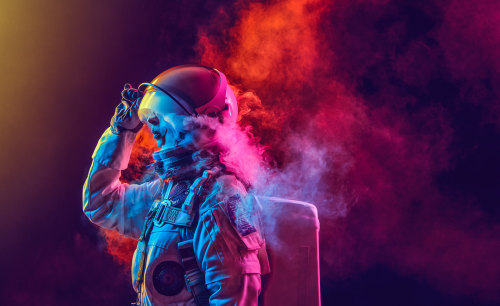 From the moment I opened the pdf containing the brief from Marcelo at Jane & Jay for the launch of Astronauts Company I was all in. The creative was a perfect fit for the type of projects where my creative collaborating thrives. In one word, brilliant, the over-arching concept of the smoke inside the suit aligning with the traditional practice of stoners “Hot Boxing” was hysterical and visual as hell. During pre-production our team found a way to pump smoke into the suits ensuring that the effect was practical, not added in post. I always feel that having effects in-camera to be far more rewarding and exciting for the creative process. Using low-density fog machines, and flexible conduit we placed tubes behind the backs of our subjects and slowly smoked them out. Catching about a dozen shots before we had to use exhaust fans to clear the smoke and allow the models to catch a breath; the only hindrance to an otherwise flawless process (breathing, who knew it was so important?) After the first few images where the smoke and the colored gels mixing around the subject all came together, it was obvious that we had an amazing opportunity to create striking conceptual images with impact. Some of the most rewarding content was the simple video executions captured in slow motion of the process of the smoke filling the helmets synced to the audio of the historic Apollo 11 launch sequence, The second half of the shoot included the talent in full space suits jumping on a trampoline so we could capture the feeling of weightlessness. We blasted the subjects with smoke creating clouds as they floated through the air. It was simple but beautiful. I am a big fan of NOT underestimating the sophistication of simplicity, and this campaign does just that!
Ad agency: Jane&Jay Brands, Encinitas, USA. CD: Marcelo Kertesz. AD: Marcelo Kertesz, Hugo Aranha. CW: Marcelo Reis, Marcelo Kertesz. Modelmaker: Wonderworks. Photographer: Tim Tadder. Typographer: Hugo Aranha. Digital artist: Jana Heidenreich.
Visit us at out website: Tim Tadder 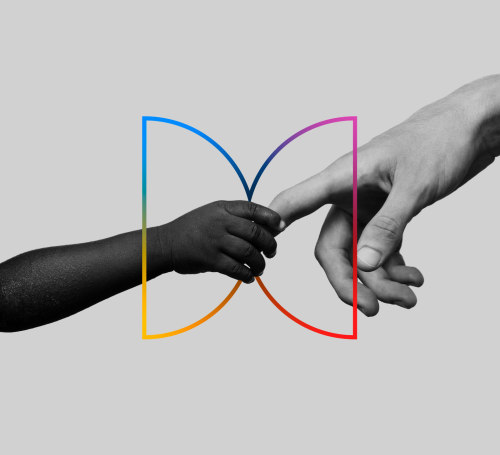 Next Post (n) Museum of Humanity by Ozan Karakoc